Farmer to receive $50,000 cash prize and solo exhibition at AGO in February 2014
TORONTOThe Art Gallery of Ontario (AGO) and the Gershon Iskowitz Foundation are pleased to announce that Vancouver-born artist Geoffrey Farmer is the recipient of the 2013 Gershon Iskowitz Prize at the AGO. The award, which is presented annually to one artist who has made an outstanding contribution to the visual arts in Canada, includes a $50,000 cash prize and a solo exhibition at the AGO. Farmers exhibition will open in February 2014.

Borrowing elements from conceptual and installation art, Farmers works boldly combine sculpture, video, performance, drawing, photography and found objects. Internationally recognized for his singular approach and ability to blend poetry and social commentary in large-scale works, Farmer has received praise for his recent exhibition The Surgeon and the Philosopher at Londons Barbican Art Gallery from the Guardian for its compelling vision.

Geoffrey Farmers works are unique because they are constructed anew each time theyre assembled, said Kitty Scott, curator of modern and contemporary art at the AGO. In this sense, the display at the AGO will offer visitors a chance to see the most recent workings of Geoffreys mind. Were delighted to collaborate with the Gershon Iskowitz Foundation in presenting this prize to him.

Born in British Columbia in 1967, Farmer lives and works in Vancouver. A graduate of the Emily Carr Institute of Art And Design in Vancouver, he first exhibited at the AGO in 2000. The Gallery purchased a significant work by Farmer in 2012 entitled And Finally the Street Becomes the Main Character (Clock).

Im deeply touched to receive this prize, said Farmer. Gershon Iskowitz has set an example through his generosity of spirita legacy that asks artists to support and help each other. Im truly honoured."

One of the most important aspects of the Iskowitz Prize over time has been that it is grounded in one artists wish to help other artists, said Jeanette Hlinka, president of the Gershon Iskowitz Foundation. Gershon would be very happy that this idea is still central to the Prize, and that the artists who receive itlike Geoffrey Farmerrecognize this.

More details about Farmers AGO exhibition in early 2014 will be announced as they become available.

The 2012 Gershon Iskowitz Prize at the AGO was awarded to Toronto sculptor Kim Adams. The resulting exhibition, Kim Adams: Recent Works, is currently on view at the AGO in the Joey and Toby Tanenbaum Sculpture Atrium and the Thomson Collection of Ship Models. Highlighting Adams love of miniatures, the exhibition runs to Aug. 11, 2013.

ABOUT THE GERSHON ISKOWITZ PRIZE AT THE AGO
The AGO and the Gershon Iskowitz Foundation joined forces in 2007 to raise awareness of the visual arts in Canada, renaming the annual award initiated over 20 years ago by Canadian painter Gershon Iskowitz (1921-1988). Iskowitz recognized the importance of grants to the development of artists and acknowledged that a grant from the Canada Council in 1987 enabled him to formalize his distinctive style. The AGO is home to the artists archives, which include early works on paper, sketchbooks and memorabilia, and it holds 29 paintings by Iskowitz spanning 1948 to 1987 in its collection. Previous recipients of the prize include Vera Frenkel, Betty Goodwin, General Idea, Stan Douglas, Françoise Sullivan, Shary Boyle, Brian Jungen, Michael Snow and Kim Adams.

ABOUT THE AGO
With a collection of more than 80,000 works of art, the Art Gallery of Ontario is among the most distinguished art museums in North America. From the vast body of Group of Seven and signature Canadian works to the African art gallery, from the cutting-edge contemporary art to Peter Paul Rubens masterpiece The Massacre of The Innocents, the AGO offers an incredible art experience with each visit. In 2002 Ken Thomsons generous gift of 2,000 remarkable works of Canadian and European art inspired Transformation AGO, an innovative architectural expansion by world-renowned architect Frank Gehry that in 2008 resulted in one of the most critically acclaimed architectural achievements in North America. Highlights include Galleria Italia, a gleaming showcase of wood and glass running the length of an entire city block, and the often-photographed spiral staircase, beckoning visitors to explore. The AGO has an active membership program offering great value, and the AGOs Weston Family Learning Centre offers engaging art and creative programs for children, families, youth and adults. Visit ago.net to find out more about upcoming special exhibitions, to learn about eating and shopping at the AGO, to register for programs and to buy tickets or memberships. 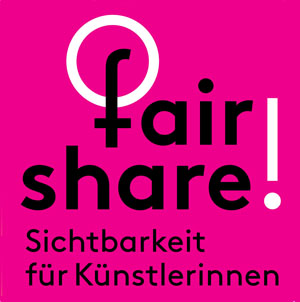